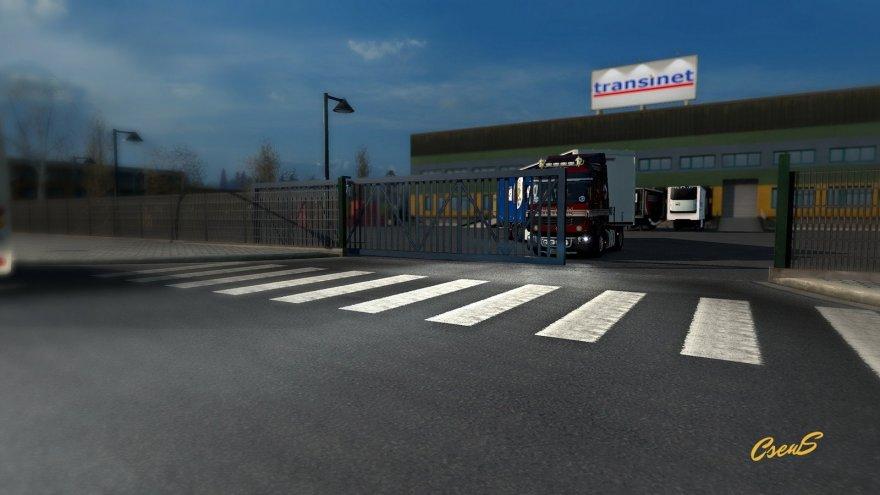 Mod adds to the game more realism, making gates and barriers, many companies are animated! All gates and barriers have a collision, so to fully open do not attempt to drive to the base or to leave. In fashion there are not all companies that are in the game, the mod will be updated!