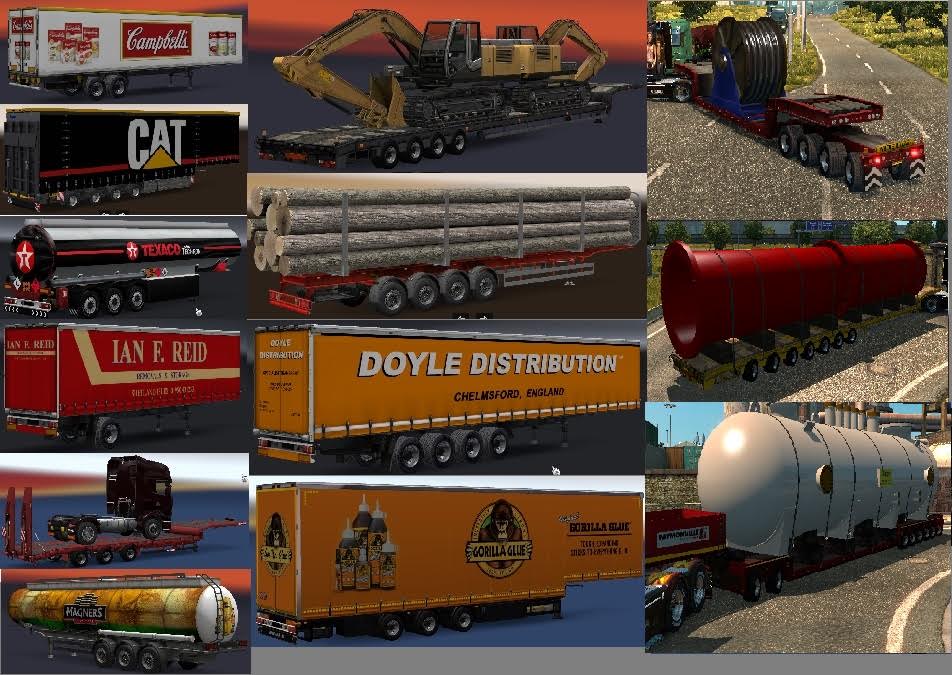 Download, Unpack with 7zip or winrar & place “Chris45 Trailers V9.05.scs” file in mod folder, activate in mod manager, best to put above other mods (if you have any).
If you want to replace default scs trailer skins, place the
Chris45 Replace Default Trailers.scs in mod folder as well.

You Must have DLC Scandanavia & DLC Going East installed for this mod to work.
Works with other Map Mods

Note: Don’t take very long trailers on tunnel crossing from dover to calias, use ferry crossings instead, some trailers are too long for tunnel / train crossing.