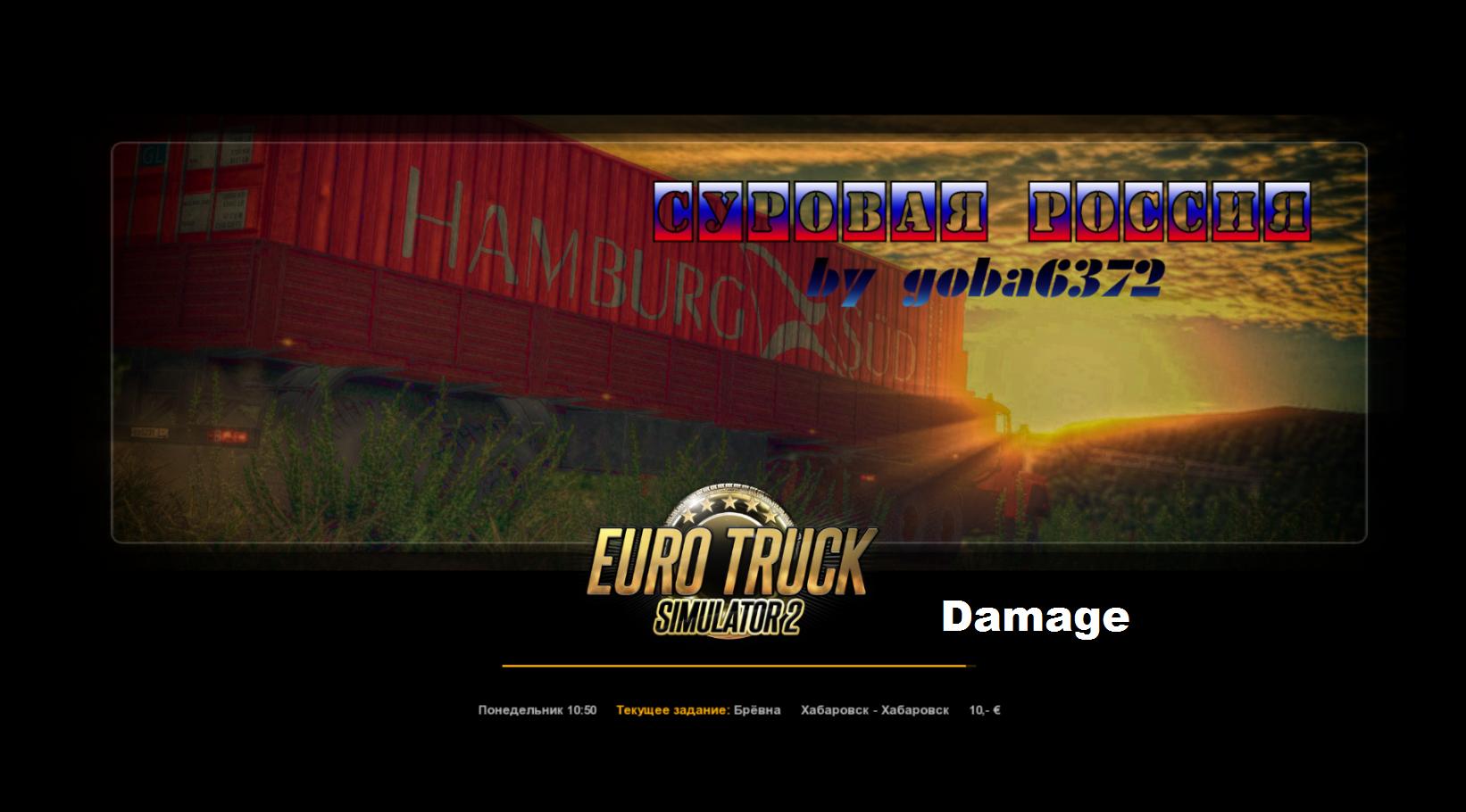 Mod for damage in case of accidents on the map “Severe Russia. Baikal”
Card author: goba6372
For those who really appreciate realism and know the price of repairing the truck.
Fashion was made for themselves, but at the request of people who do not want to play without damage shared.
While in the test stage. The damage is adapted to the realities of the map, The economy is adjusted for today’s rate relative to the euro to the ruble and hryvnia.
Take into account that the flight one costs about 120000-150000r for very long distances and if you damage the tractor by 30% for example, then the repair will be relative to the price of the traka.Tak that fly headlong is no longer possible, everything is like in life-lobovuha “death machine ”
The load can also be damaged, but not as much as a tract, it is done so that you can still carry the load.
So do not nail a rod. The mode of damage is put above the card.
Set with a higher priority over other modifications.