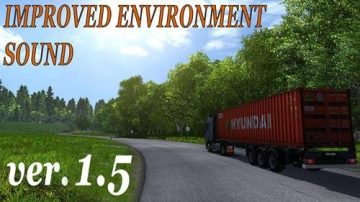 Changelog for version 1.5:
-Mod adapted to be compatible with ETS2 1.25;
-Most (90%) of HQ stereo sounds brought back;
-Mirror FOV and standard look of the road during rain brought back;
-Increased outside sound volume inside the truck cab.