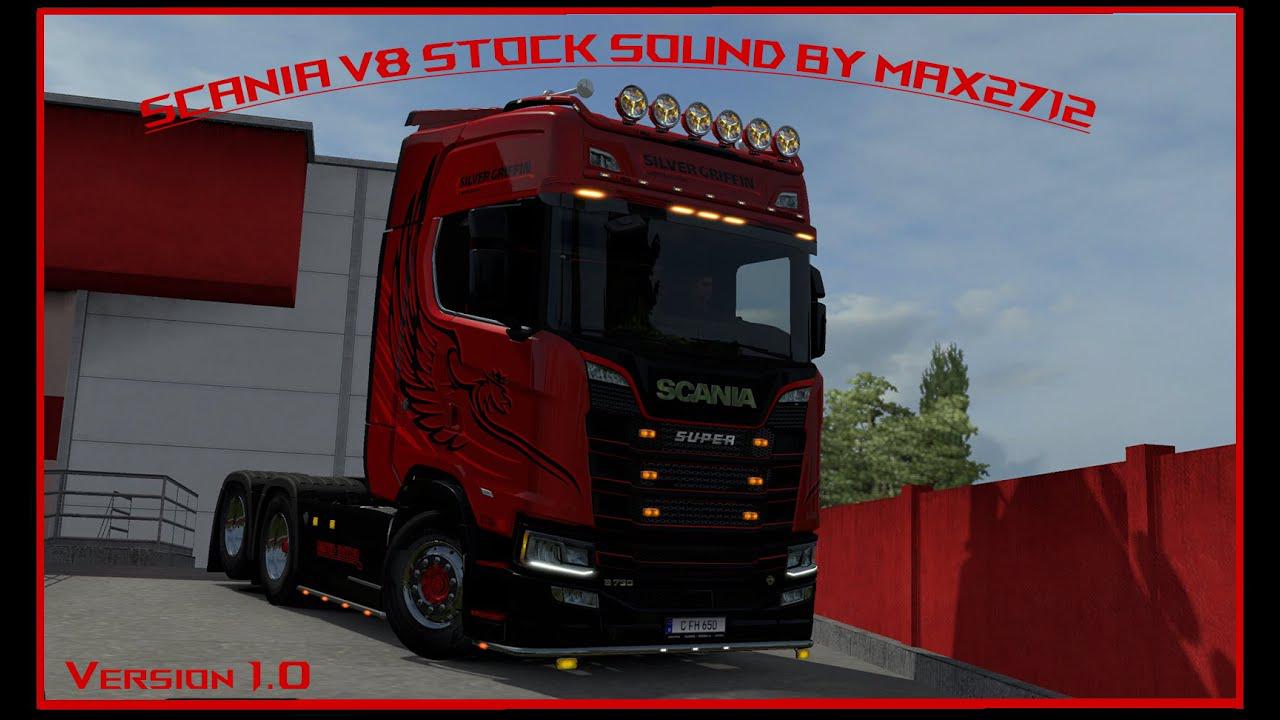 In this topic, I will publish my rework of Kriechbaum´s original SCANIA NG V8 stock sound. I´ve added, as on the NG I6 sound, all realistic sounds of the sticks, switches and other sounds in the interior and exterior.
I´ve also changed the start, idle and stop sounds in the interior and of course also the gearbox and brake sounds like on my I6 mod.
I know that I´m a bit late, because with the 1.37 update, this mod won´t work anymore, but better it´s late than never 😉
Those who already know my I6 NG sound mod will probably notice that I optimized some sound levels in the interior. The gearbox and air brake sounds for example won´t be that noticeable in the interior anymore as they were before.

The sound of course also works with Eugene´s SCANIA R/S Models.
A quick overview about what I have changed/reworked:
new engine start, idle and stop sounds interior
all sticks and switches recorded and added into the game
real blinker sound
real gearbox sounds
real warning sounds in the interior


Credits:
- Kriechbaum, for the base mod
- Max2712, for all changes and additions
- SCS