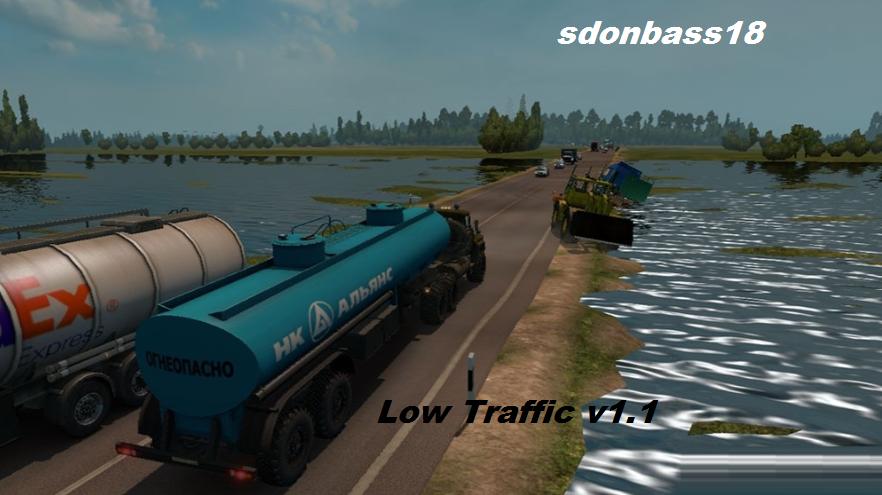 Mod reduces the amount of traffic on the map Severnaya Rossiya.Baikal
Put above the card
If traffic modes are connected, then put higher traffic modifications

In version 1.1:
Slightly increased traffic (because there was very little)

PS I would like to express my gratitude to Aleksey_Tok for the idea of ??making different options for a greater choice
For the game versions: 1.28.x-1.30.x