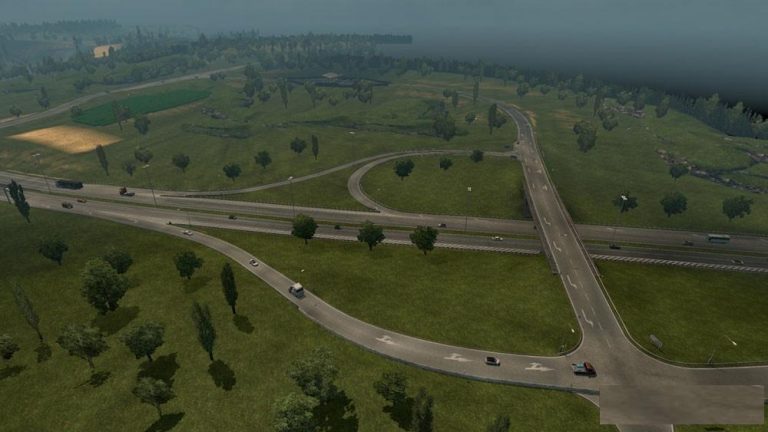 Loyal traffic:
Traffic_density-LL.scs – low density;
Traffic_density-AL.scs – the average density;
Traffic_density-HL.scs – high density.
Painted density and traffic intensity on the time of day, at night the traffic occurs very rarely.
We are given their frequency and density for different types of roads and different types of vehicles.
Sewn its rules of conduct, in the cities of the traffic intensity is slightly reduced.
Prescribe queues at gas stations (all not all modules) and an increased likelihood of traffic congress in unusual
places: parking lot, ports, terminals, filling stations.

Reduced estimated distance of oncoming traffic flow for a more dynamic overtaking.
increased traffic speed at transpositions and rotations.
Each file has a speed limit painted on 72 countries. Separation by type Vehicle in mind and roads: local, and motorways. By default, set to the same limits for passenger cars, trucks and buses:
local 120 (60 city), line 120 (70 city), highway 150 (City 120) km h.
All files are adapted for use with ProMods.