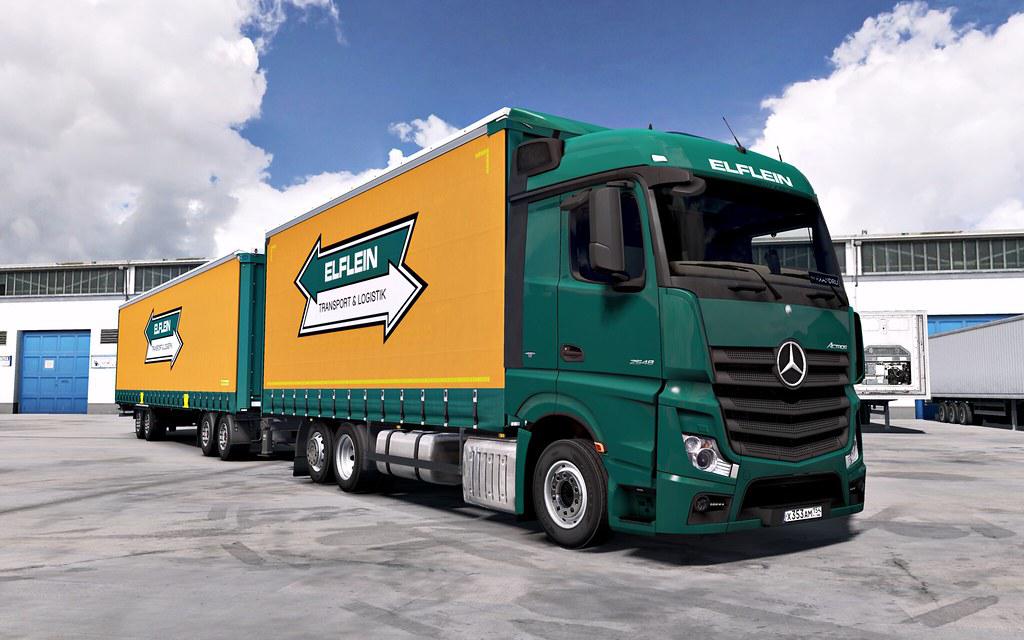 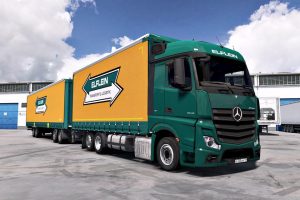 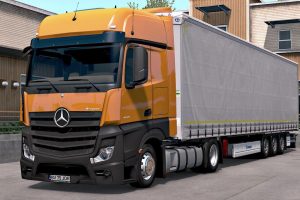 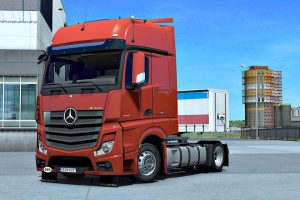 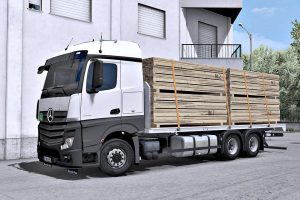 This mod reworks the Actros MP4 by SCS by adding many plastic and paint parts and rigid chassis.

Version 1.5 (1.36.x):
Little disclaimer: sadly, the Kast chassis add-on didn’t make it on time. Due to a lot and great changes from both Kast and SCS Software, it will take a bit longer for it to come, but don’t be sad, it will come soon as a separate addon for the mod (more details when is about to release).

This update is focused on reworking the entire truck model.
Other reworks/options will be added too in the following updates.

KRONE MEGALINER BY SOGARD3 IS MANDATORY TO MAKE THIS MOD WORK!