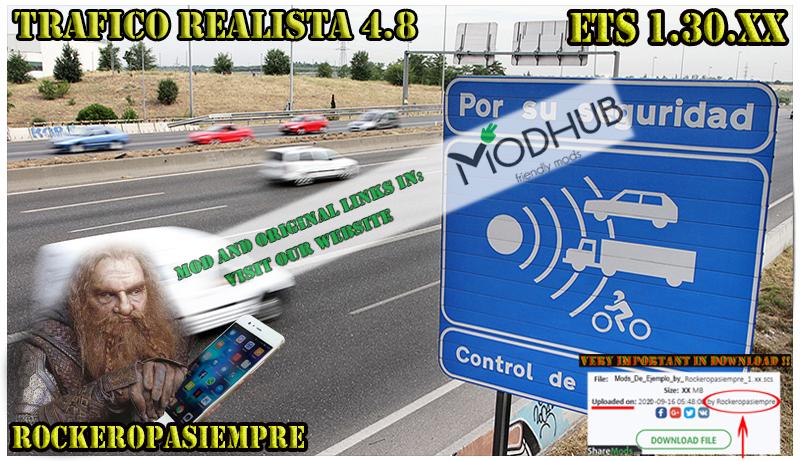 Update of mod.
PROHIBITED TO RESUB THE MOD TO ANY SERVER WITHOUT PERMISSIONS.

General Specifications of the mod:
– 2 Versions inside the rar file. One normal, and one that does not include sounds (NO EXTRAS). Choose one of the 2.
– Mods manager: Always place on top of any AI traffic mod you have.
– Multitude of different colors for AI cars. Thanks CIPINHO.
– Increase in overall volume of traffic on all roads.
– Less patience in the behavior of AI drivers.
– Descent of police cars.
– Compatible with all maps and Dlc’s of the game. (Going East, Viva la France, Italy, Heavy Cargo, Special Transport)
– Compatible with all AI traffic mods-packs. (Place the mod on top of the IA packs you have).
– Traffic behavior of the AI ​​totally different from that of the original game.
– Complete information inside the downloaded rar. File INFO.txt.

Changes in version 4.8
– Update of new general files.
– Regulated traffic so that there is more heavy traffic in the night hours and decreases the traffic of light vehicles.
– Constant traffic even in the night hours, so that we are never alone in driving.
– Generalized increase in daytime traffic, without ever crashing roads or PC.