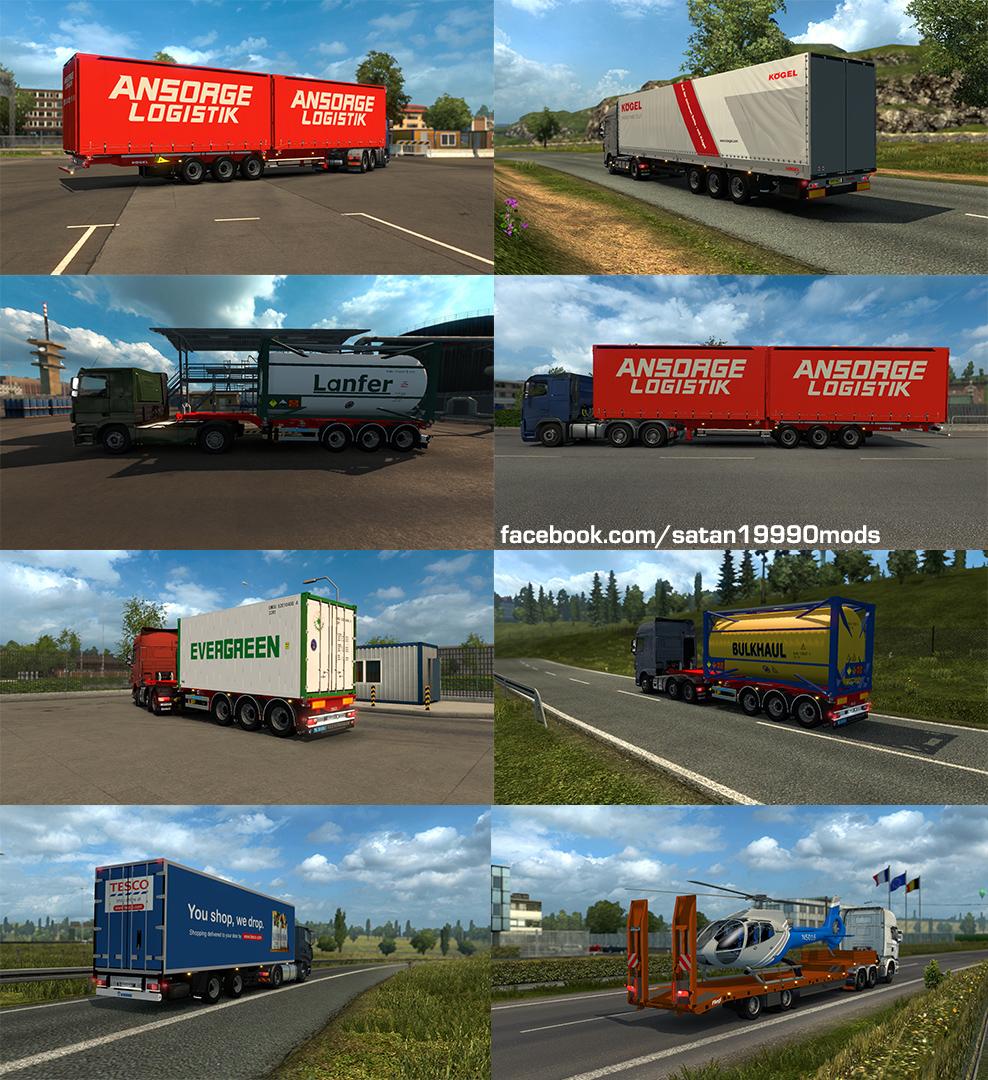 This mod adds something about 70 stand alone trailers and cargo and a lot of new skins. After add mod scroll time in the game to new trailers appears. Mod should work with other mods on the trailer, but does not guarantee it.
Mod tested and working on v1.27